The Plains Volunteer Fire Company was founded in 1950 when it was concluded by the service minded citizens of the town that fire protection was needed within the small village. The fire company started with a donated jeep with a front mounted pump and a water trailer. This unit was kept in a member's garage until the station was built in 1954. The department purchased an ambulance and began providing Emergency Medical Services in the late 1957. Prior to this, the closest Rescue Squads were in Marshall and Warrenton.

The growth in provided services also necessitated a larger building. An addition was added in the late 1950's for the new ambulance and another in the 1970's for the brush truck and tanker. In 1978, the department purchased its first brand new piece of apparatus, which was a 1978 Emergency One engine with a Ford chassis designated as "Wagon 4." The department still owns this unit today. This pumper was also the department's front line pumper until a new engine was purchased in 2001.

Interstate 66 opened up between Marshall and Gainesville in December 1979. This marked the beginning of an increased call volume due to the added traffic traveling through the 8 miles of I-66 within TPVFC's first due. This also necissitated the addition of a heavy rescue unit for vehicle extrications due to the increased number of serious traffic accidents prior to most modern day vehicle safety features.  Rescue 4 was purchased from Nokesville Volunteer Fire Department in the mid 1990's and was utilized by TPVFC until 2009.

Although the call volume and scope of practice has changed dramatically since the organization was established, The Plains Volunteer Fire Company continues to work tirelessly in providing emergency services within The Plains, Fauquier County, and surrounding areas. 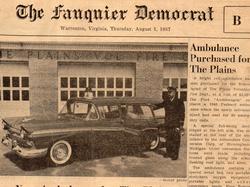 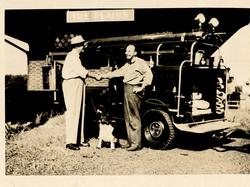 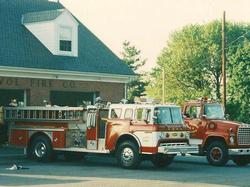